This tab shows all the versions I found of the songs used in the different compilations of "Get Back Sessions". 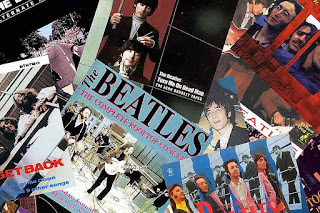 
The different Fakes I found are also shown. By the way, some of the highest quality.


Only the original Beatles material has been evaluated, so versions of other artists of the Beatles songs have not been considered.


Two versions with small speed variations are not considered different versions. This speed difference must be the result of the different equipment used for playback and recording.


The labels used are as close as possible to EMI’s official nomenclature, although they may not exactly match the official ones.


The Stereophonic Distribution (Panning) criteria used for the stereo versions is a panoramic similar to clock hours.

Across the universe
Dig a Pony
Dig It
Don't Let Me Down
For You Blue
Get Back
I Me Mine
I'm Ready/Save The Last Dance For Me
I've Got a Feeling
Let It Be
Maggie Mae
Mailman, Bring Me No More Blues
Oh, Darling
Old Brown Shoe
Oldies 1
Oldies 2
One After 909
She Came In Through The Bathroom Window
Teddy Boy
The Long And Winding Road
The Walk
Two Of Us
You Really Got a Hold on Me